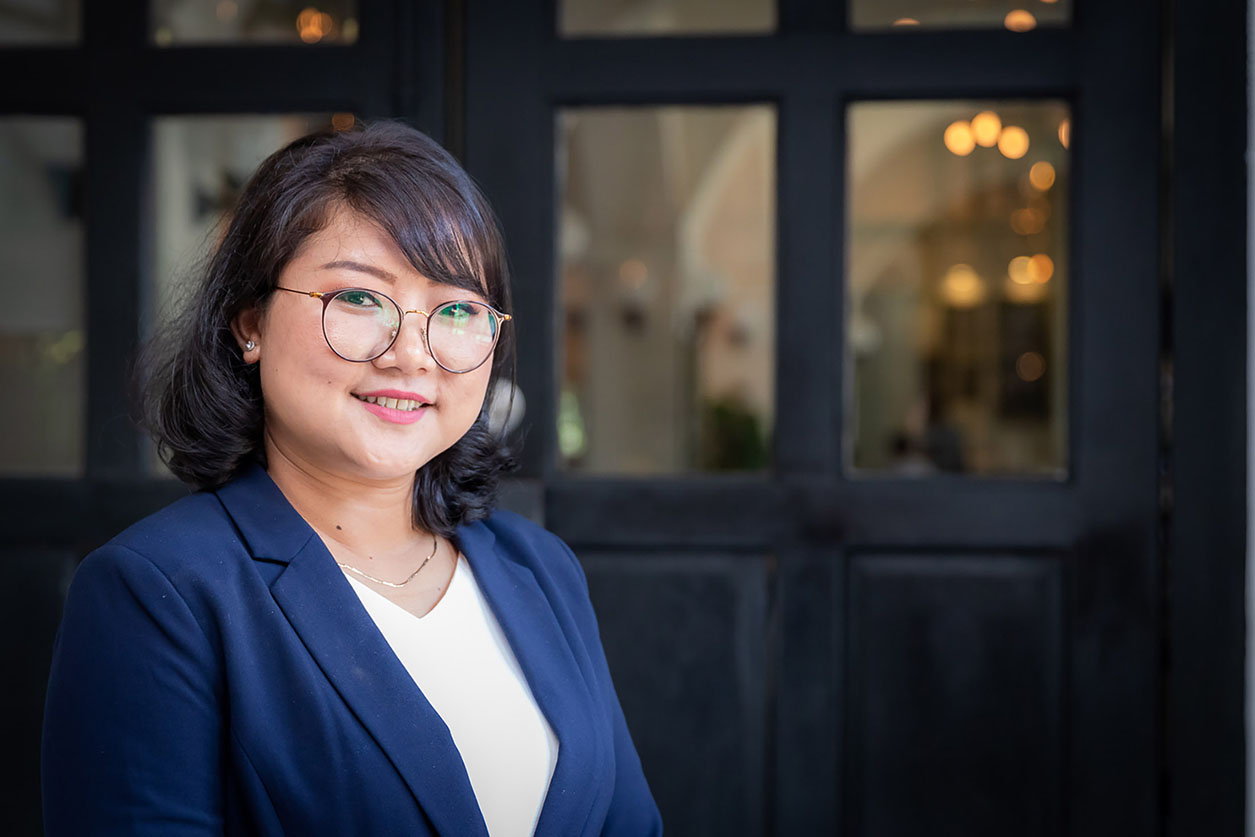 “Without the Australia Awards scholarship, I would have never realised my dream of getting a world-class education from one of the best universities in the world.”

Sivaly Savathdy, an Australia Awards alumna from Laos, wants to make a difference in the public policy field and promote gender equality in her home country.

Before obtaining a Masters in Public Administration (Policy) from Flinders University in Australia, Sivaly was a project manager and senior officer at the National Assembly (NA) of Laos. During the six years that Sivaly was with the NA, she gained an in-depth understanding of the policies and issues facing Laos. But over time, she began to realise that the best way for her to support her country was to build her own capacity, so she decided to pursue a degree in public policy.

“I chose to study in Adelaide, where both the university and course exceeded my expectations. Not only did I gain invaluable research skills, but my ability to write and speak with confidence also increased. I really enjoy being able to critically analyse complex information and issues in the field of public policy and I have already used these new skills in my current role.”

After obtaining her Masters degree in 2017, Sivaly returned to work for the NA. She has since put her analysis, research management and policy-making skills to use as secretary to the Chairman of the Socio-Cultural Commission.

Sivaly has always been active in raising awareness on gender equality and women’s empowerment with her family, at work and in her community. Sivaly grew up in a family dominated by men, where it was the expectation that women do housework rather than “men’s jobs”. Sivaly’s knowledge that this needed to change was a motivating factor for her choosing to enroll in her first degree, a Bachelor in Civil Engineering – a male-dominated field – at the National University of Laos. She graduated with a high distinction.

“I believe that the gender bias can be lessened when people understand the value of gender equality. Cultural expectations imposed on young girls from their family and the society can impact  their personality and their dreams. Parents, uncles, and aunties should encourage all children to do housework such as cooking, cleaning, laundry, and maintenance of the house – these are essential life skills that we should all have. Girls should not be considered good or bad because of their ability to get up and serve other people. For me, my value as a woman became strongly connected to what I could achieve through my studies and time spent in Australia”, she said.

Sivaly is grateful for the opportunity she received from the Australian Government. The scholarship has helped her realise her dream of getting a world-class education from one of the best universities in the world. The scholarship not only strengthened Sivaly’s academic foundation but also helped her to gain the self-confidence to take every opportunity to develop herself.

This alumni story was originally posted on the Australian Embassy to Lao PDR website.