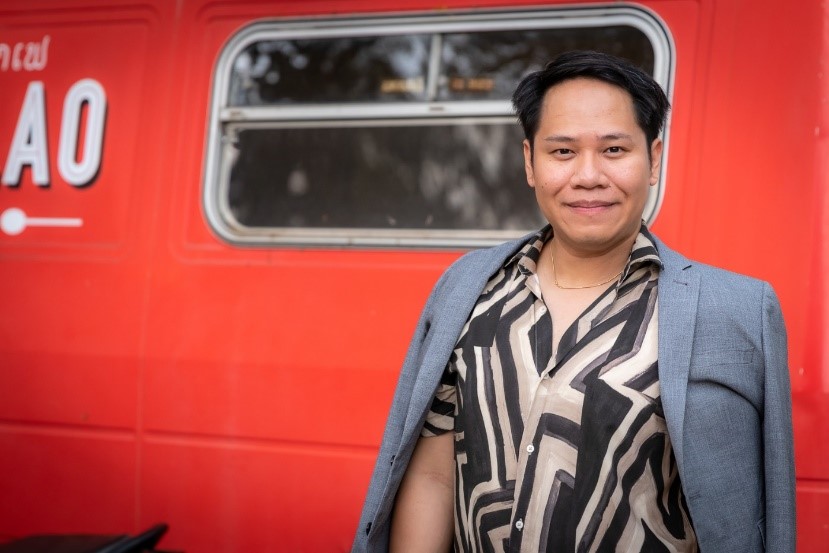 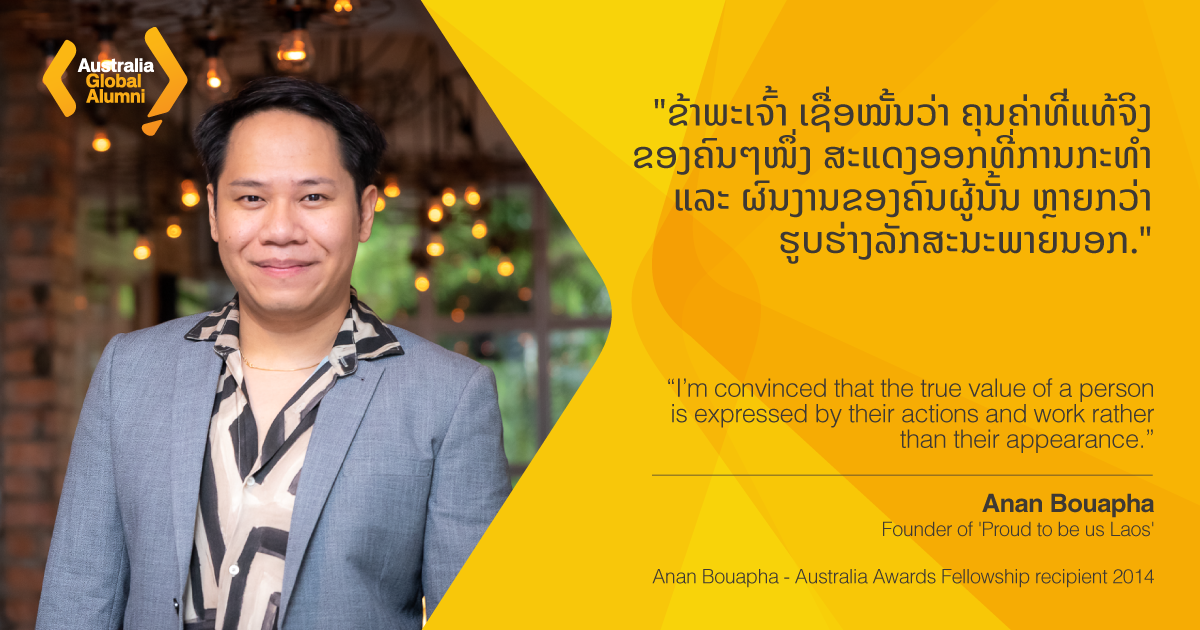 Anan Bouapha: The Pride and Advocate of LGBTQI in Laos

Anan Bouapha is an Australia Awards Fellowship recipient and a founder of Proud to be us Laos, the first LGBTQI group in Laos. Anan is one the leading voices in Laos advocating for the rights of lesbian, gay, bisexual, transgender, queer or questioning, intersex (LGBTQI) individuals. His inspiring work tackles various cultural, legal and normative barriers facing the Lao LGBTQI community and helps create the conditions for more inclusive and sustainable development of the Lao PDR.

Anan’s connection with Australia is enduring and commenced with his participation in an Australia Awards Fellowship in 2014, travelling to Melbourne and Sydney for a one-month program that focused upon strengthening the capacity of among regional and sub-regional advocacy networks working with the gay and transgender communities in Asia and the Pacific. The timing of the Fellowship coincided with the 2014 International AIDS Conference in Melbourne. Anan found the advocacy skills he acquired on the Fellowship helped him become a more effective advocate for the equal access to public health services for the gay and transgender community. Anan’s work has focused on improving awareness among Lao health workers of LGBTQI issues to provide a safe space for those with HIV AID or other STIs to seek medical support. .

The memories Anan has of his first time in Australia remain vivid – ‘I love the well-orderedness and systemisation of Australia’ and the openness of Australian society in relation to LGBTQI and facilities available such as those set up for Sexually Transmitted Infections (STIs). ‘I think it is great that the Australian Government gives opportunities to all members in society to share their views and experiences’ Anan said. At the University of New South Wales (Sydney), Anan learned about research techniques that he has put into practice recently in work undertaken in collaboration with the National University of Laos.

Looking back on the longer-term impact of the Fellowship, Anan considers that it has changed his approach to discussing LGBTQI issues in Laos and now understands that taking a less confrontational and a more ‘peaceful’ approach to issues can be strategically advantageous.  Spending time to explain to friends, family and the broader community the issues associated with homophobia, stigma and discrimination is a long-term effort. Anan reminds himself that change has not occurred quickly in many western countries – it wasn’t until 2017 that Australia  legalised same sex marriage!

Recently, Anan was a panellist at two OzTalks events, an initiative of the Australian Embassy in Laos in providing a stage for Australian alumni in Laos to raise awareness on important issues and share their expertise to their community. At these events, Anan shared his experience in being an active advocate for LGBTQI rights in Laos and in working with the Lao government and international partners on the ways to achieve social acceptance.

Establishing and maintaining professional and personal linkages between Laos and Australia is one of the key objectives of scholarships and fellowships offered through the Australian Department of Foreign Affairs. Anan cites Professor Paula Gerner from Monash University as being a significant connection he has made with Australia and cites her assistance in his work in drafting a Universal Periodic Review (UPR) on Human Rights for LGBTQI, recently using part of the draft to submit the Review to the United Nations in Laos.

Anan credits his success in life to the support and acceptance of his family and colleagues as well as the Government of Laos and international partners who acknowledge the importance of the work undertaken through ‘Proud to Be Us Laos’. Anan is proud to be able to contribute to the national development of Laos and is delighted use his platform for to convey thei voice and aspirations of the wider LGBTQI communities.